We will be learning about weather and climate over the next few weeks.

When you hear the words “weather” and “climate” you might think they mean the same thing – but they’re quite different!

It might be rainy today or it might be sunny – that’s the weather. But climate is the pattern of weather in a place over a much longer time.

Different parts of the world have very different patterns of weather. The Earth’s climate is driven by energy from the sun which arrives in the form of heat. Half of this energy travels through our atmosphere and reaches the Earth’s surface.

The other half is either absorbed by the atmosphere or reflected back into space. Because the Earth is a sphere, the sun’s rays reach the earth’s surface in polar regions at a much more slanted angle than at equator. So straight away, we know that the Poles are colder than the Equator.

When things aren’t in balance, nature likes to even things out. So the extra energy at the Equator needs to be spread across the planet and it’s this that creates different climate zones across the world.

Warm air rises at the equator and moves toward the poles. Where warm, wet air rises, we get thunderstorms and tropical rainforests. Where air sinks, it stops clouds from forming – so it rains less, even making deserts.

How many climate zones are there and how do they differ?

Around the Equator we have tropical climates which are hot and humid, this is where you’ll find the world’s rainforests.

Then there are arid or dry climates – like you’d find in deserts.

Next is Mediterranean with hot dry summers, and cooler wetter winters.

Then there are temperate climates. That’s what we have in the UK, where summers are mild and winters aren’t too cold.

In areas that are a very long way from the sea, the climate is continental with long, cold winters and short, hot summers.

You might have been to countries like France and Italy, in the Mediterranean, where they have lots of snow in winter – and some of their mountains are even snow covered all year round.

But they also have beautiful beaches – great fun during the hot and dry summers. So if you’ve got both snow covered mountains and hot beaches, does that mean they don’t have a Mediterranean climate?

No, it just means that local climates in a country can be different to the region’s climate. This can be for lots of reasons – high places like mountains tend to be colder because the air is cooler the higher you go.

What else can affect local climates?

Vegetation can also affect the local climate we experience. In equatorial rainforests, dense vegetation blocking the wind combined with high temperatures and rainfall means it’s a very humid place to be! Where there’s no vegetation, the air can be much drier and the wind can blow.

In busy cities, the air temperature is often warmer than the surrounding countryside, particularly at night-time. This is due to buildings and roads absorbing heat during the day, and giving it off at night.

Another thing that can affect a local climate is the wind! It might be that part of a country frequently catches wind from another region – this is called a prevailing wind. If it’s coming from a hotter place, this might raise temperatures, or if it’s from a colder area, it’ll cause the local temperature to drop.

The oceans also have a part to play in influencing our weather and climate.

But just because a place has one climate doesn’t mean it won’t change.

Climate scientists take measurements over long periods of time to track patterns in temperature and rainfall. These help us know what to expect today and in the future but are also a great way to see what changes have happened in the past.

It’s amazing to think that 20,000 years ago the UK would have been in the Ice Age, and our climate here would have been similar to the Polar climates that we see today! Cold enough to have a pet polar bear!

You can find more interesting information about weather and climate on the web-page links below.

Last week, you learnt about the different climates around the world. In this lesson, you will learn about the Biomes of the world.

A biome is a large collection of ecosystems that have similar weather, rainfall, animals, and plants.

Choose 2 land biomes and use the websites below to find the answers to some or all of these questions. Look at the biome map to help you too.

In which part of the world is the biome found?

What climate does this biome have?

What plants grow in this biome?

What animals live in this biome?

Last week, you learnt about the biomes on planet earth. In this activity you have the option to create your own biome, observe it over several days thereby learning about photosynthesis, the water cycle and the relationships between climate, nutrients and vegetation within ecosystems.

1. Cut off the bottom of the plastic bottle.

2. Put a layer of pebbles (beads / buttons) into the cut-off bottle bottom.

3. Pour some soil over the pebbles (beads/buttons) until there is twice as much soil  as             pebbles. Use cotton wool / tissue instead if you have no soil.

4. Now you are ready to plant the seeds.

7. Put the bottle in the clear plastic bag and seal the bag.

8. You now have a biome. Place it in a windowsill and observe over several days.

You have made a biome in a bag! If conditions are right, you will soon have vegetation in your biome. You will not need to water your seeds again because the water will keep being recycled. Look at the diagram on the next page showing the way the water recycles itself. This is called the water cycle.

This week you will learn about the environment of The Antarctic. Read the information below and take notes of anything that interests you. Your notes will be useful for your English writing this week.

Antarctica is a place of extremes. It is the coldest, highest, driest and windiest continent on Earth. Antarctica is unique among the continents for being almost totally covered by glacier ice. It is a cold desert with snow that builds up gradually. 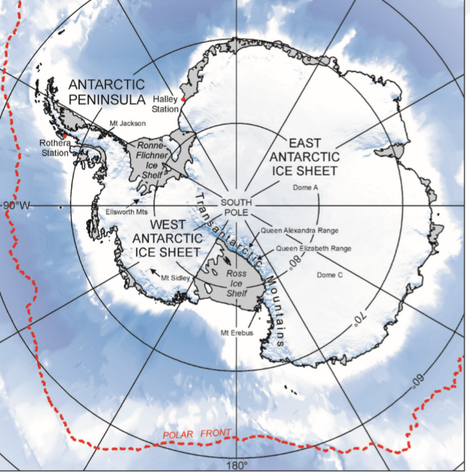 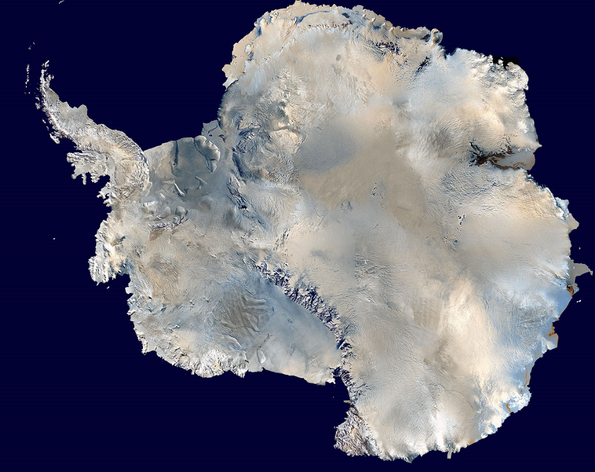 It comes as no surprise that Antarctica is the coldest continent given its geographical position; yet it may at first seem surprising that it is also the driest. Despite being almost covered in snow and ice (over 99% of land is covered in ice), rainfall is very low, and the climate can be described as a polar desert. Rather than being the result of high levels of snowfall, the vast Antarctic ice sheets exist because the very cold temperature prevents what little snow and frost there is from melting – hence the ice sheets have been able to build up over the years - layer by layer.

The ice sheets flow towards the coast as huge glaciers. In many places, these extend out over the sea as massive ice shelves. The largest of these are the Ross Ice Shelf in the Ross Sea and the Ronne Ice Shelf in the Weddell Sea. Each of these ice shelves cover an area greater than the whole of Great Britain.

Antarctica has several large and small islands. Some of these are permanently linked to the mainland by ice, whereas others are connected only when the sea freezes in winter.

The tops of mountains stick up through the ice, like islands in a sea of ice, that are called nunataks. High winds and steep slopes prevent snow and ice from accumulating on parts of these mountains. The highest is Mount Vinson, 4900 m above sea level - a little bit higher than Mont Blanc in the European Alps.

10 facts about The Antarctic.

Can you pick up an ice-cube with a piece of string?

Try picking up an ice-cube with a piece of string. Can you do it without tying any knots?

Do this experiment with adult supervision.

Congratulations! You picked up an ice cube with a piece of string. Challenge your friends and parents. See if they can work out how you did it.

Salt lowers the freezing point of water to below 0 degrees Celsius. When you added salt to the ice cube, the salt lowered the melting point of the ice. The salt is in a thin layer, so it melts a thin layer on top of the ice cube. The water cooled down further and re-froze around the string.