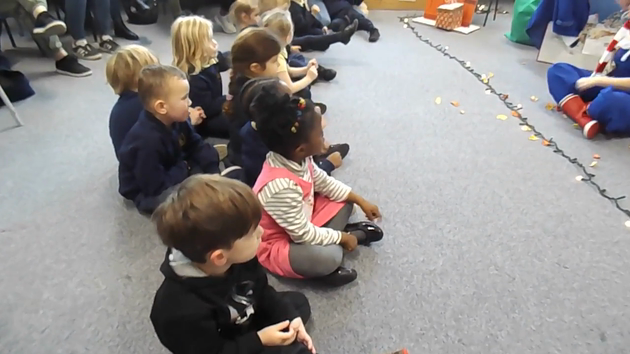 In case you missed it last week (Wed 11th April), here's Joshua, Sophia (with their mum, Laura), Hakeem, Amron, Kimaya and Lucy starring in The One Show!!!

The One Show: 3D Vegetables

The One Show: 3D Vegetables at St Lukes Primary School

Tomorrow, we will be having a non-uniform day and collection for those affected by the Grenfell Tower fire.  All money raised will be donated to the Evening Standard Dispossessed Fund: Grenfell Tower Fire via the  Just Giving website.

Thanks in advance for your support. 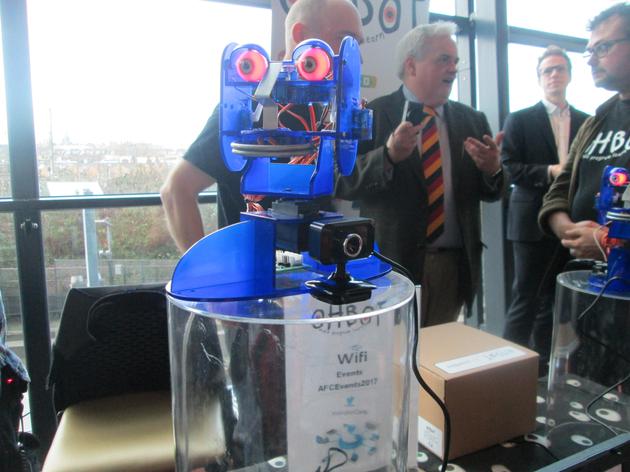 Islington Celebration of Computing Event at the Emirates

On January the 13th, 10 Y5 pupils from St Luke's were selected to showcase their coding skills at the Islington Celebration of Computing. They also had the opportunity to sample new technology and speak to other schools about their projects and ideas. 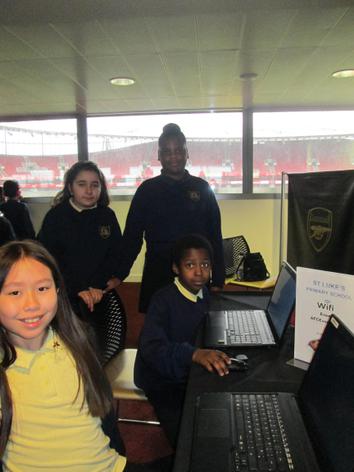 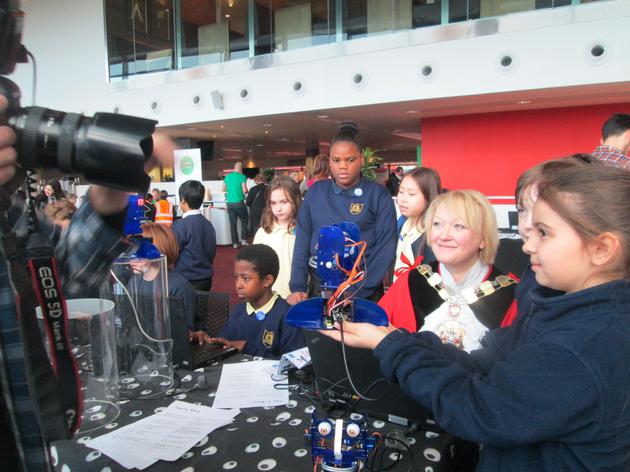 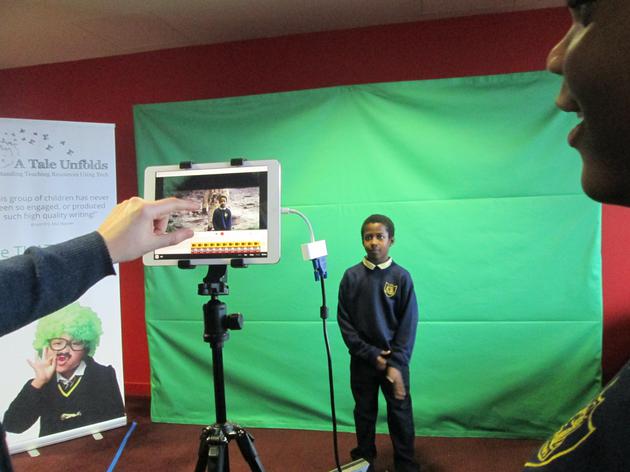 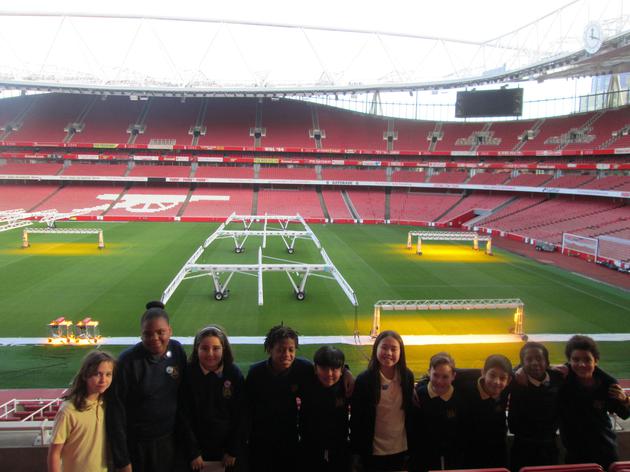 A few weeks ago, some Year 6 children were filmed as part of the 'Our Lives' project for the Children's Commissioner.  This morning (Friday 11th November) those same children attended the launch of the project.  We watched their film at the National Film Theatre on the Southbank, and then the children were interviewed by Mariella Frostrup - we hope to have some pictures to show you soon.

The Children’s Commissioner’s ambition is to create an online library of childhood – made by children – that will grow and evolve over time to both inspire and challenge generations. Our Lives is a unique platform for children to share how they view the world and a catalyst to reboot adult’s vision of childhood.  Have a look at the 'Our Lives' website and get involved yourself!!

Our Lives - Growing Up Today

Dear parent/carer,
We shall be holding a Harvest assembly next week which will include a food collection.  This year’s assembly  will be on Thursday 29th September and the charity we are collecting for St Clement’s church who will be donating to the Dunloe Centre.  They have provided a ‘shopping list’ of things they need.  It would be great if your child could bring in something from this list to put on the Harvest Table as part of the assembly.  You are also welcome to come to this short assembly at 9:15.
Father David Allen will talk to the children about the traditions associated with Harvest and about the Dunloe Centre.
I have included the information from Father David Allen below.

Thanking you in advance,

Dunloe Centre
I’m delighted that the school will be supplementing (and greatly adding to!) St Clement’s own Harvest Offering this year.

All donations will be taken to the Dunloe Centre based at St Saviour’s Priory, just off Hackney Road. The priory has been helping local people for over a century and currently runs a programme which works with the most vulnerable of our neighbours, including the homeless and poor families, providing hot meals to rough sleepers and “food bank” packages to the homeless and vulnerable poor. They have particularly asked for the following items:
Corned beef and other canned meat
Tuna and other canned fish
Tinned fruits and Tinned milk puddings
Tinned tomatoes and Tinned potatoes
Cup-a-soup and Pot noodles
Long grain rice
Also:
Shower gel, Deodorant, Toothpaste, Pocket tissues

Just days after touching down from his six-month mission on the International Space Station, British astronaut Tim Peake gave one of his first interviews to St Luke’s pupils Nicole and Sonny. 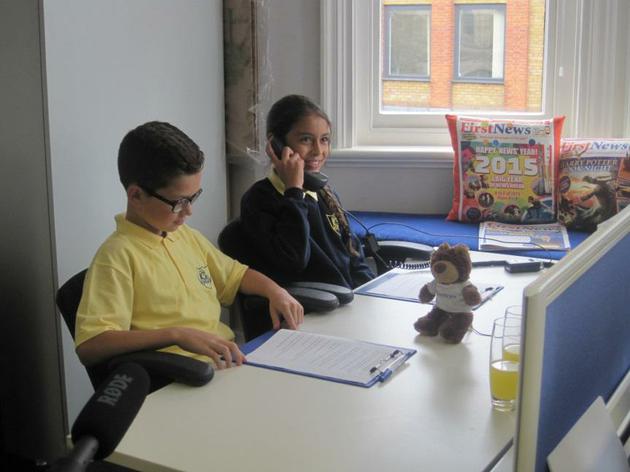 Tim is still recovering from his mission at the European Space Agency research centre in Cologne, Germany, so Nicole and Sonny phoned in from the First News office in London on 30th June 2016.  They asked searching questions about what it was like in space and how he feels about being back on Earth.  The full interview will be appearing soon in First News, in print and online, so make sure to read the full story!

we are holding a Garden Party in the school playground on Friday June 10th  from 2pm.

Please bring some party food (lists will go up after half term) – all parents and families welcome!

There will be a disco and some games!

St Luke's participates in the Islington Celebration of Computing and Technology

On 13th January, 2016 a group of year 5 pupils from St Luke's were selected to showcase their high level computing work at  'The Islington Celebration of Computing and Technology' at the Emirates Stadium.  We had programming in Scratch and Minecraft projects to show.  The children also had the opportunity to programme computer chips using 'Microbits' as well as programming using Hackstage gaming formats.  We were also lucky enough to meet and speak to the Deputy Mayor about all of our experience with coding!

St Luke's Primary School is top of the league table for Islington!

We collected 32 boxes of Christmas presents for children in Africa - double our original target!  Thank you to all who gave a donation.

Here they are, off to be delivered to the collection point. 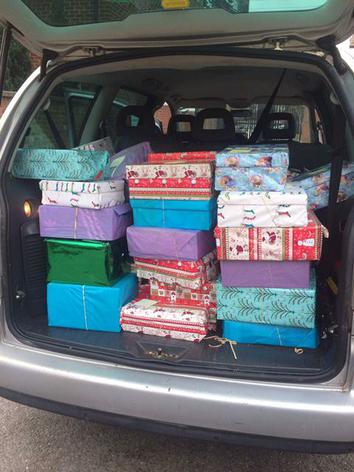