The History of St. Luke's

The boys’ school began in a house in Golden Lane. Although there are no records of the Foundation, or Institution as actual documents, there are many references in contemporary writings to The Greycoat Charity School for boys, Golden Lane, founded 1698. The boys were dressed in a grey uniform, giving the school its name.

In the year 1732 the parish boundaries were altered. The school, now in a new parish changed its name to the St Luke’s Charity School for Boys, Golden Lane.

The boys’ school was fulfilling the hopes of its founders and its success inspired efforts to provide a similar school for the girls of the parish.

Twenty girls were admitted in 1761 and although there were many applicants each year the number remained constant until 1772.

Both schools were inundated with applications and had to turn down the majority because of lack of space.

In 1773 the committee decided that something must be done to make more space available so that more children could be admitted, for applications were still far in excess of the numbers that could be accommodated.

After a great deal of searching in the overcrowded parish a possible site was eventually found, and on the 3rd March 1780 the foundation stone of a new building was laid.

The site in Golden Lane was originally occupied by some dilapidated almshouses. The owners, Mrs. Mary Vanderwall and her son, Thomas Neate Esq. agreed that the trustees could have the site, for the purpose of building a school and no other, on a 999 years’ lease.

Twenty years later the schools were once again full to capacity with one hundred boys and one hundred girls.

Incredibly between 1829 and 1837, five hundred and ten boys and one hundred and twenty girls had to be refused admission because there was no room for them. The matter was an important item at every committee meeting. It was suggested on one occasion that they should admit fewer girls in order to accommodate more boys, but this idea was strongly resisted.

The only possible way to solve the problem was to find a new site and build a new school. Therefore, whilst the search for this new site began, plans for raising money were put into operation.

A site was found fronting Old Street – much nearer to St Luke’s church than the school in Golden Lane. The way was now clear for the building of the new school.

On 12th May 1870 a commemorative stone was laid. A short service was held at the site. Embedded in the stone was a vase, or bottle, containing reports, newspapers, photographs and other items relevant to the occasion.

N.B. In 1986 when the building was sold, the vase containing the artefacts was removed and the contents examined. Their condition was surprisingly good.

In a very short time the building was proving once again to be too small to accommodate the numbers of children clamouring for admission, emphasising the point made by the committee – that the parish was one of the most crowded in the Capital.

Again the trustees were discussing the problem and how to solve it. It was suggested that a new wing be added.

The idea was accepted and plans to execute it made, but before they could be carried out, tragedy struck!

On the 3rd June 1881, a little after six o’clock in the evening the school master saw smoke rising from the timber yard at the rear of the school, and in a space of a few minutes the warehouse was ablaze.

Before the fire was put out nearly the whole of the interior of the school building was destroyed, but the walls proved remarkably resistant to the heat and did not have to be taken down beyond the second floor.

The committee was able to secure the use of The Loyal Friends’ Hall, at 72 Banner Street, so that the school could continue to function until the building was completed. The rental for the hall was £11 per month.

The committee took advantage of the rebuilding to introduce a number of improvements such as bigger windows to give more light, and providing niches over the entrances to house the statues of the Boy and Girl which had been brought up from Golden Lane.

The thought of the proposed move to Radnor Street brought mixed feelings to most people involved – a dream cherished for so many years now realised – a nostalgic sadness at leaving a well loved abode – the challenge of the future!

The challenge soon emerged, in the realisation that once again history was repeating itself. The new building could not provide the space required for the development of urgent new educational ventures, and the reorganisation of toilet facilities became imperative. 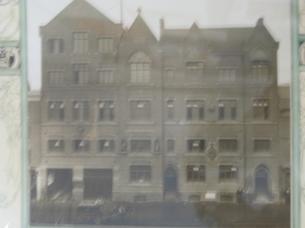 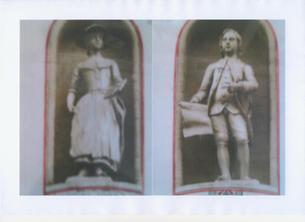 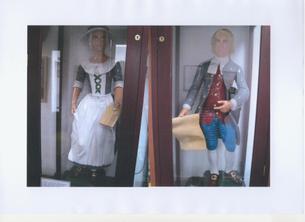 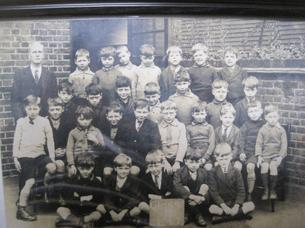 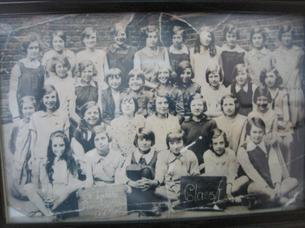 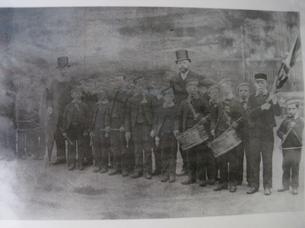